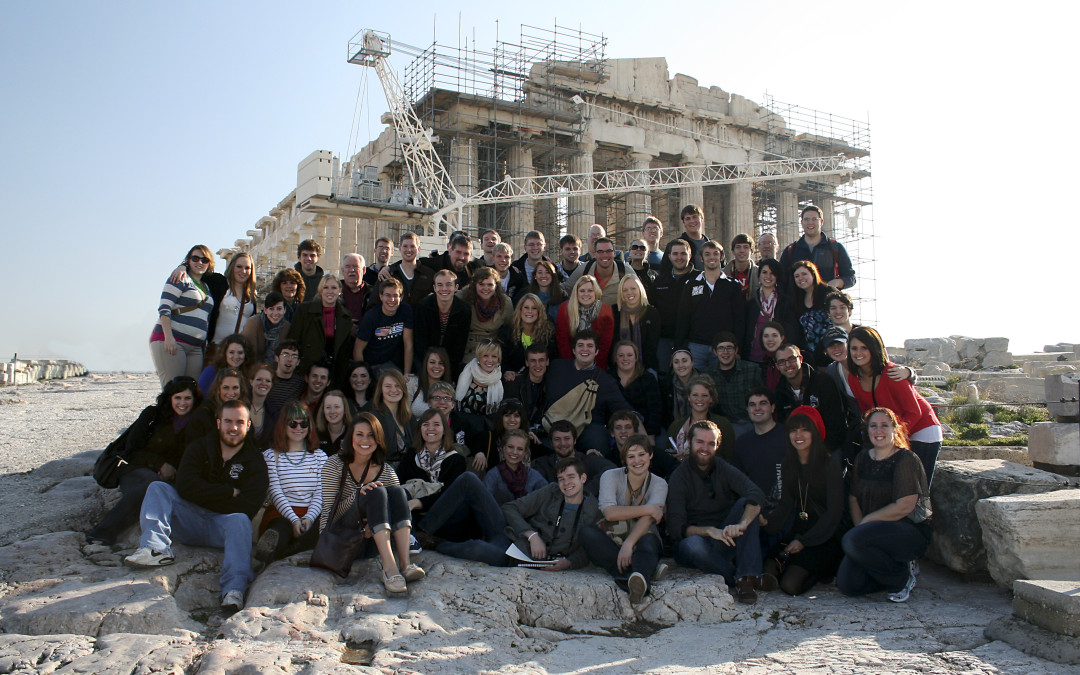 The University of Wisconsin–Eau Claire Concert Choir with Gary Schwartzhoff, conductor, had the pleasure of touring Greece from December 26, 2011 through January 5, 2012.  During the concert tour, the Concert Choir had the privilege to perform in four concert venues including, the Athens Theater, St. Paul’s Catholic Cathedral of Pireaus, and St. Mark’s Basilica.  Sightseeing opportunities included visits to The Parthenon in Athens, Palamedes Fort in Nauplia, The Minoan Palace of Knossos on the island of Crete, and the New Acropolis Museum in  Athens.  The Concert Choir had the opportunity to perform with five choral ensembles from Greece and the United States during the tour.  The organization of the tour by Music Celebrations International included outstanding concert venues, unforgettable sightseeing to some of the world’s most historic sights, and a land package including beautiful hotels 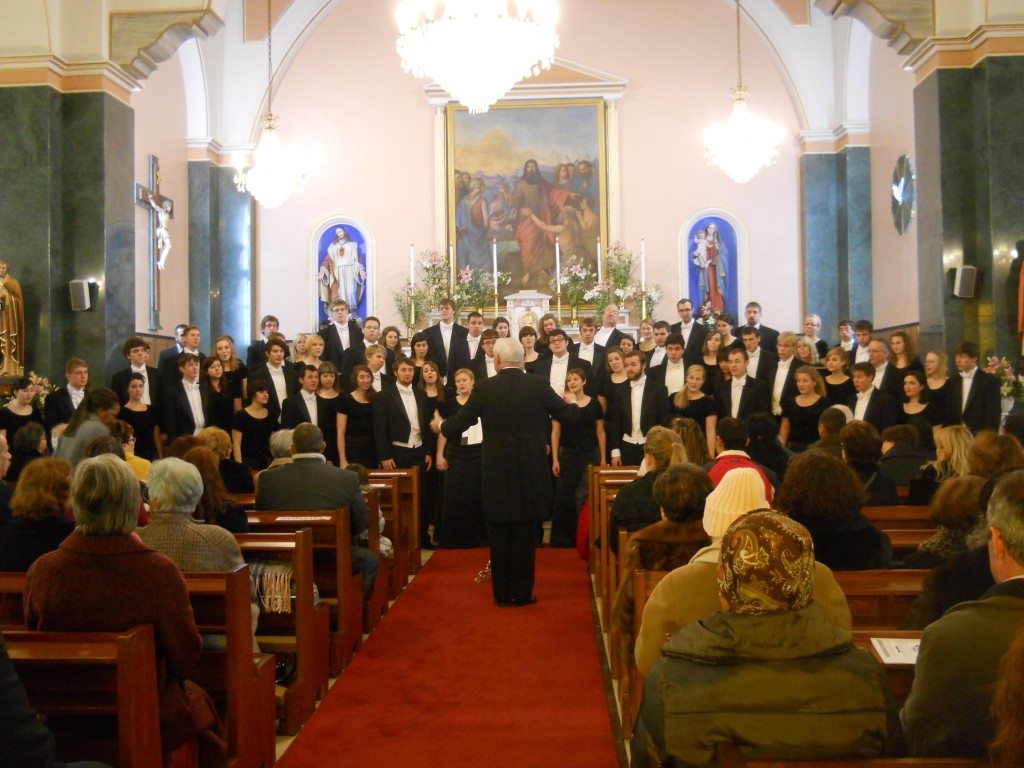