Tour Like Art Bartner and the USC Trojan Marching Band! 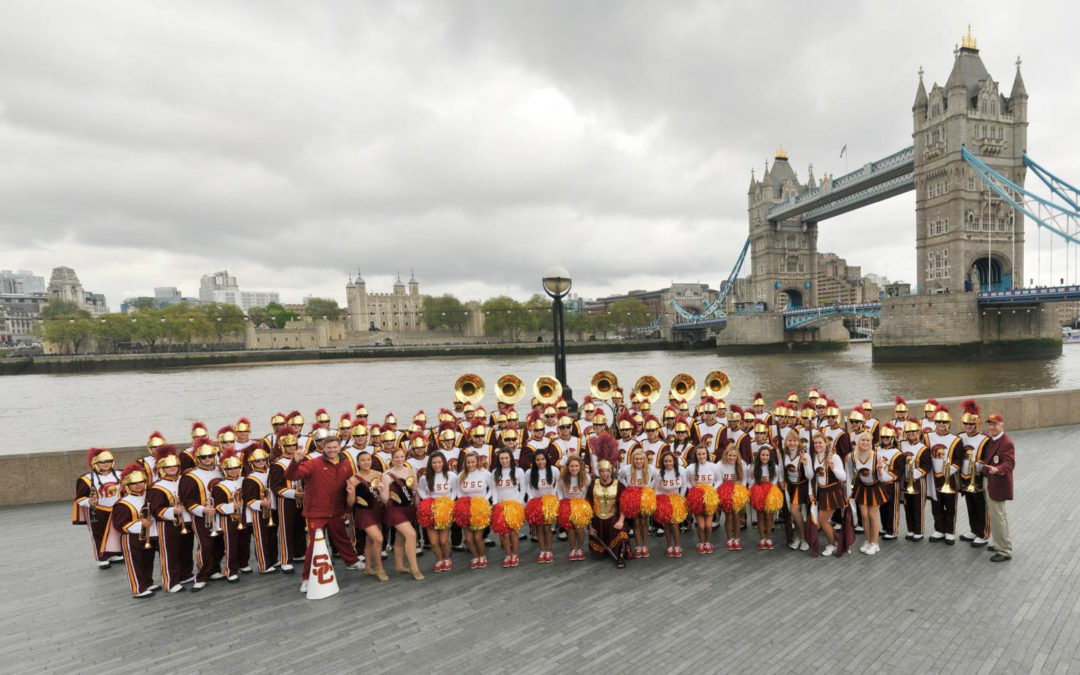 Dr. Art Bartner has long partnered with Music Celebrations International to bring the world-renowned USC Trojan Marching Band to China, England, Brazil, Italy, and Austria. Entertaining thousands wherever they perform, the USC Trojan Marching Band has had a positive impact on bringing different cultures closer together. Among their performances around the world, they have performed at the Roman Colosseum, on the Great Wall of China, Trafalgar Square in London, a professional football match in Brazil, the "USA National Day" during the World Expo in Shanghai, and for former first lady Laura Bush in Vienna.

Dr. Bartner had this to say regarding his partnership with MCI.

On behalf of the USC Trojan Marching Band, I want to take this opportunity to thank you and your MCI staff for one of the greatest experiences our program has ever had. Our performances were well attended and the venues were incredible. The audiences were captivated by our sound and style of entertainment. We could not have asked for a better reception than what we received in all three cities. This was a terrific tour. I would recommend you to any musical ensemble that would like to do their tour right and enjoy the experience forever.