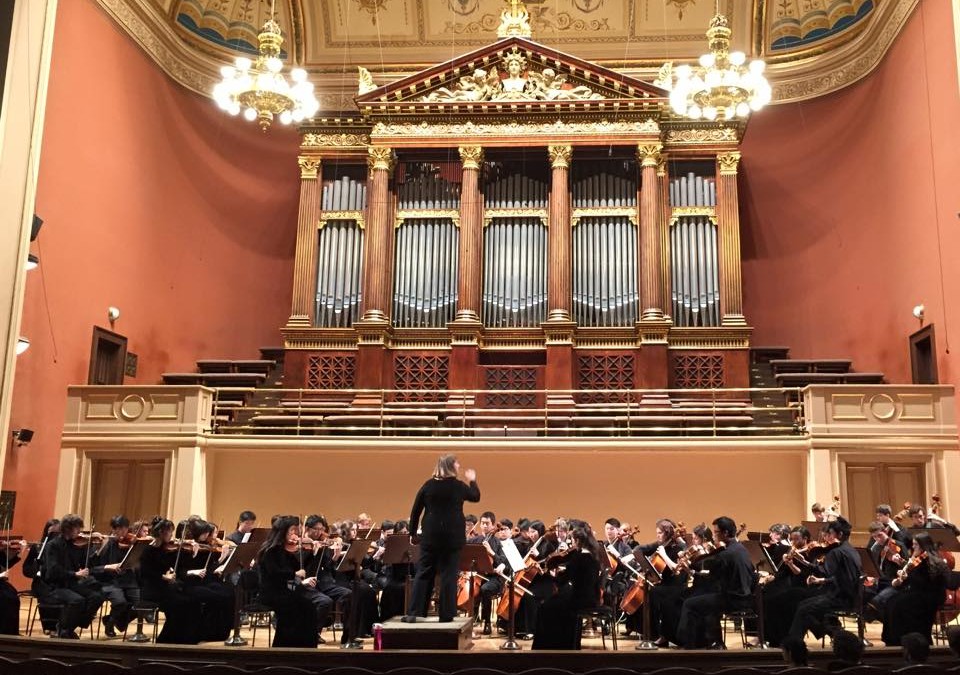 The renowned Walton High School Orchestra of Marietta, Georgia, recently returned from a successful tour of the Czech Republic and Austria, with stops in Prague, Salzburg, Eisenstadt, and Vienna. The orchestra was conducted by director Perry Holbrook and assistant director Sara Grimes. Their first tour performance was in Prague, at a packed-house concert in Dvořák Hall at the Rudolphinum, one of Europe's oldest and acoustically superior concert halls, where they had multiple standing ovations and an audience pleading for more music.

Next, after visiting Mozart's birthplace of Salzburg, Austria, they stopped in Eisenstadt, where the famed composer Joseph Haydn once lived and worked. They visited Schloss Esterházy, a palace constructed in the 13th century and owned by the Hungarian Esterházy family. There, they performed a concert with fellow ensemble Carmel High School Orchestra of Indiana at the Haydnsaal, named after Haydn himself, with beautifully ornate artwork and prime acoustics inside. Their final tour stop was in Vienna, Austria's capital city, where they visited Schloss Schönbrunn, a magnificent palace once owned by the Habsburg family and built in imitation of the iconic Versailles. There, they performed for a highly appreciative audience at the Orangerie, a grand hall within the palace featuring large windows and views of the orange trees outside in the garden. The tour was rounded out in high fashion in Vienna before they returned home the following day. Repertoire highlights from the tour included Aaron Copelands "Hoedown" from Rodeo, Reinhold Gliére's Russian Sailor's Dance, the premiere of director Perry Holbrook's new work, Someday, and Camille Saint Saëns' Cello Concerto no. 1 featuring Holbrook's daughter, Bailey Holbrook, as soloist. Featured below is a photo gallery of some of their best tour highlights. We were delighted to work with one of the country's finest high school orchestras on their tour to Eastern Europe. Congratulations, Walton High School Orchestra, and we hope to collaborate with you again on a future tour!