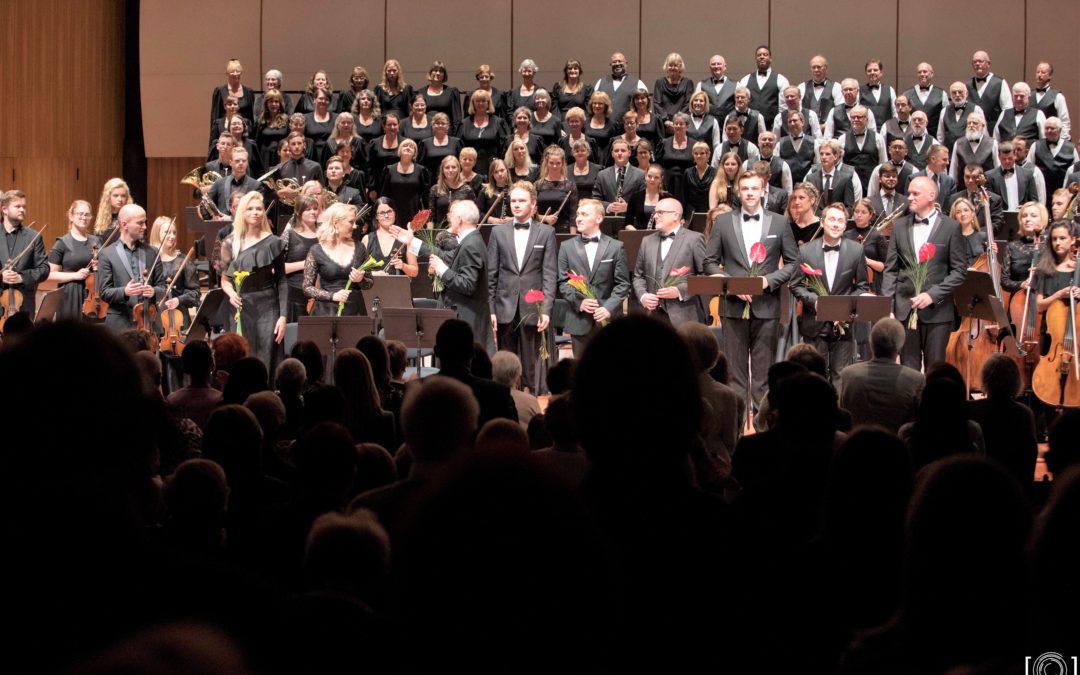 Like so many of MCI’s other touring groups, the Sacramento Choral Society takes pride in serving as international cultural ambassadors on a regular basis. Conductor Donald Kendrick and members and guests of the Sacramento Choral Society made their Northeastern Europe début in fine style this summer when they teamed up with Music Celebrations International and partnered with European orchestras and soloists in Latvia, Estonia, and Finland.

“The entire tour for the SCSO –thanks largely to MCI - was a prime example of international musical ambassadorship at its very best. Our Summer 2017 tour to the Baltics and Finland was nothing short of magical,” exclaimed James McCormick, President of the Sacramento Choral Society & Orchestra. Collaborating closely with outstanding orchestras and soloists in Riga (Latvia) Tallinn (Estonia) and Helsinki (Finland) was truly an international dream come true for the Sacramento Choral Society. The first-class performing venues included the Great Guild Hall in Riga, the Estonia Concert Hall in Tallinn and Finlandia Hall, a world-class concert hall in Helsinki.

The musical fare featured Mendelssohn’s stunning Psalm 42 and Rossini’s powerful Stabat Mater, all conducted from memory by SCSO Director Donald Kendrick. Thanks to MCI’s Herculean efforts, the SCSO performances enjoyed large and appreciative audiences. The orchestras and soloists provided by MCI via the Latvian and Estonian Academies were world-class in their performance and professional attitude.

“We had been drawn to the spirit of the people in the Baltics for some time", said SCSO Conductor Donald Kendrick. Their musicianship, fierce pride in their heritage, their love of nature and warm sense of family were all self-evident. A unique highlight of the SCSO’s Baltic Tour was the opportunity they experienced on “hallowed ground” when they performed Randall Thompson’s “Alleluia” in the Song Festival Grounds in Tallinn (Estonia) for the U.S Ambassador James Melville who was their special guest of honor.

The beauty of the countryside in both the Baltics and Finland, along with their rich folk traditions, complemented the political changes that Latvia and Estonia have recently experienced. It was a true education to visit this amazing part of the world and perform with such astute musicians in such outstanding venues.

The icing on the SCSO’s 2017 tour to the Baltics and Finland was a 3-day extension tour to St. Petersburg, the cultural capital of Russia and one of the most beautiful cities in Europe.

The Sacramento Choral Society has partnered with MCI for 11 years now and we remain delighted and impressed with the care and commitment that the MCI Team demonstrates every time we set out on our international tours. Together we are making a huge dent in creating brotherhood, understanding, mutual respect and caring for each other globally through our musical interactions. We extend a heartfelt and sincere Chorus of Thanks to John Wiscombe and the entire MCI Family for providing such inspiring opportunities.