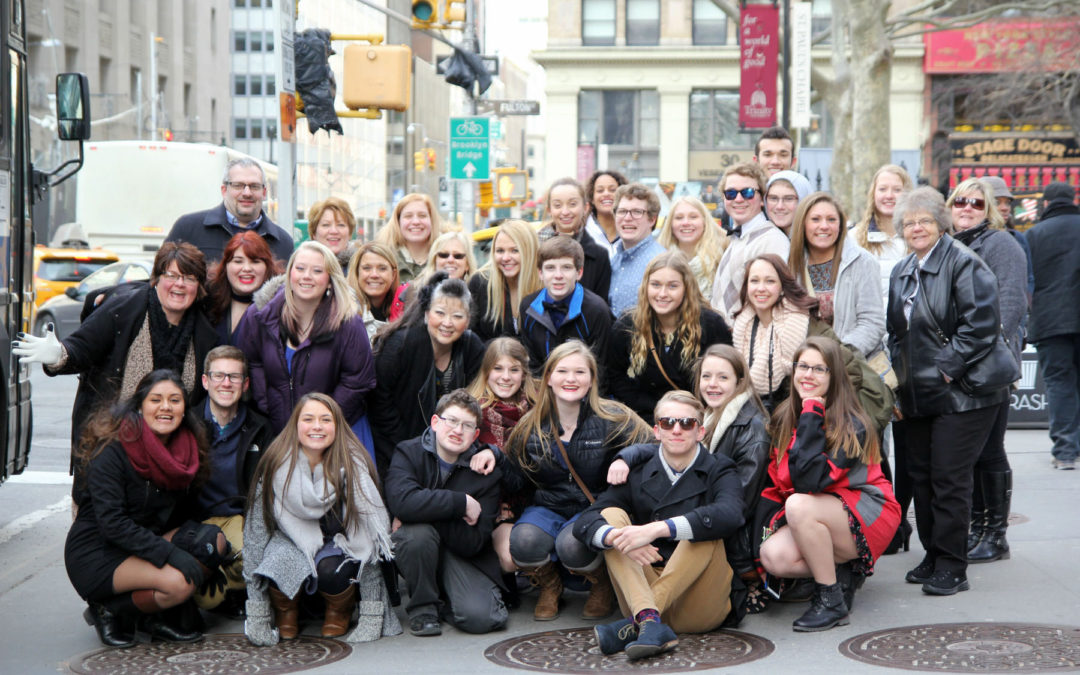 “Before, we knew it in words. Now, we know it in feeling.”

Suarez’s choral group performed last week at St. Paul’s Chapel, located across the street from ground zero. The church is known for opening its doors to thousands of first responders in the aftermath of the 9/11 terror attacks.

“It’s been historic all the way along, but then when the first responders went there to rest and be fed as they were working, it gained immense meaning to all of us,” said Jan Knutson, choir conductor. “I think the fact that it survived – and it’s the second time in a disaster it survived; everything around it went, and it remained – that in itself is a miracle.”

St. Paul’s Chapel was built in 1766 during the British occupation of New York. George Washington prayed there after his inauguration as president in 1789, according to the church’s website. St. Paul’s is the city’s only surviving church from the Revolutionary War era, and it also survived a fire in the late 1700s. It is the oldest public building in continuous use in Manhattan.

The A Capella and Bel Canto choirs visited New York from March 1 through Sunday. They performed a 35-minute program called “Voices of Hope” on Thursday at St. Paul’s.

The choirs had to apply to perform at the site and send an audition tape.

“What was so moving to me and the students was how they connected with people there,” she said. “They were visible moved by the students’ performance, which I think makes you dig deep in your heart and try to respond to that and feel all of those emotions.”

Knutson estimated about 150 people watched the performance in the chapel.

“It really is a very special place,” she said.

“I think it really connects you with history. It’s one thing to read about it and study it, but it’s another to be there.”

Senior Sydney McDonald said once the groups started singing, more and more people came into the chapel to witness it.

“The music conveyed emotion,” McDonald said. “Some sad stuff, some happy, more hope than sadness. The message was not to forget about it but to build around it.”

Jennifer Nunn’s daughter, Brooke, also performed at the chapel. Jennifer was a chaperone on the trip and said it was a life-changing experience.

“To watch your child perform at such a memorial is unbelievable,” Jennifer said. “It was breathtaking, not a dry eye in the church.

After the program, the group went to the 9/11 site. The students were “definitely” moved by what they saw, Knutson said.

“We need to remember and understand, and that helps us move forward,” she said.

“It they can understand and learn from it, maybe our future can be better. I believe it will be.”