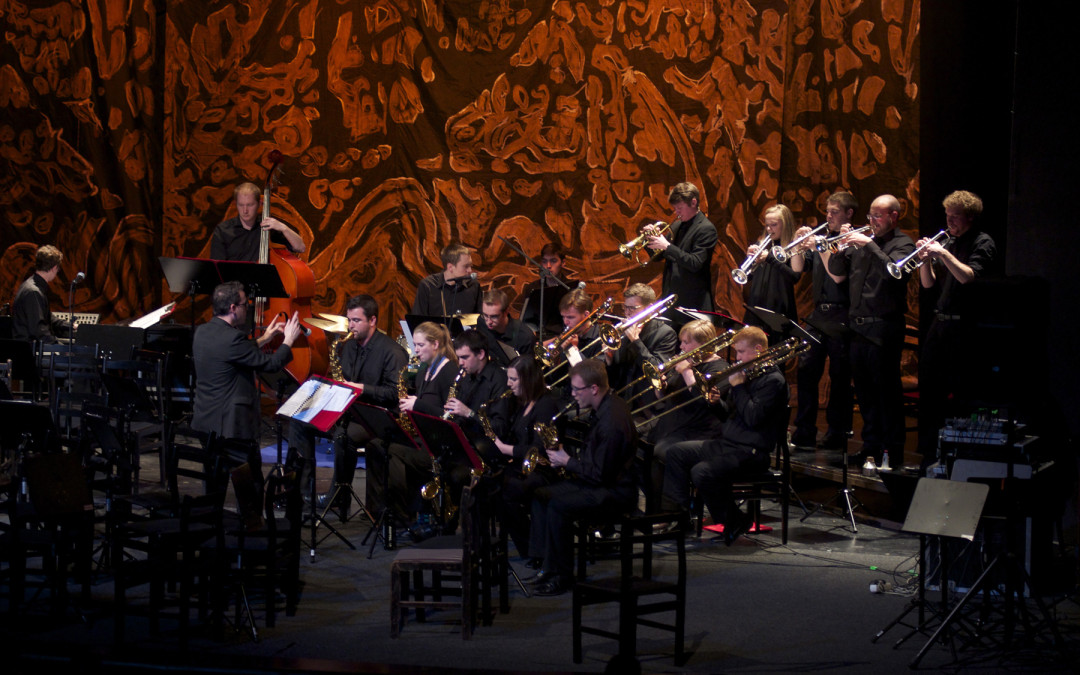 The Gustavus Symphony Orchestra & Jazz Lab Band recently returned from a concert tour of Greece and Macedonia. They performed a total of seven concerts during their 15-day tour and performed to packed houses across these beautiful countries. Below you can find some highlights of their tour.

Transportation: Very good on all counts. I’m happy to travel with Lufthansa at any time. The coaches and the drivers were great. The quality of the vehicles always makes the tour more comfortable and easier to get back on the coaches after a long day on the road. I still can’t believe how drivers in Europe can control something that large in a street meant for horse and carriage traffic. The drivers were magicians.

Tour Managers: I was very happy with the entire entourage working with us on this tour. Alexandra and Maria worked well with the students, were very accommodating and were very knowledgeable about both countries. Maria had many copies of documents and I felt that I was in a crash course in Greek history (and I say that as a good thing.) 6000 years of Greek civilization is a lot of ground to cover. Christos was very helpful even though we only saw him at the concerts. He seemed to really understand the concert tour mentality and was always there to be sure everything at the venue and at the airport was in order.

Performances: The concert at Skopje Opera was very nice with 550 estimated in the 800 seat hall. Very large stage in the opera house and the music in the hall was good. The concert at NI House of Culture Theater of Bitola was very nice with a smaller stage than the Skopje Opera House but large enough for the 2 ensembles. 800+ in the 900 seat hall. The size & enthusiasm of the audience at the Anatolia American College of Thessaloniki made it a good concert.

Personal Highlight: The audiences and, in particular, the audience at Bitola. Concert tours for me are always about the concerts even though we are visiting such a wonderful country. The hall at Bitola was empty at 7:40 for the 8:00 p.m. concert. At 8:42 the doors opened and the hall was full by 8:20. (We very quickly realized that the stated starting time in Greece and Macedonia is never the time a concert actually begins. I called it “Greek time.”) For almost all of the students, this was a first time to see the Mediterranean. I heard many comments about sunrises or sunsets. The conductors may have other thoughts about highlights for the students. Certainly seeing the sites in Greece would be among the highlights of the tour (after the music.)

Many thanks to you all for your work to make it possible. It’s hard to believe it’s over.