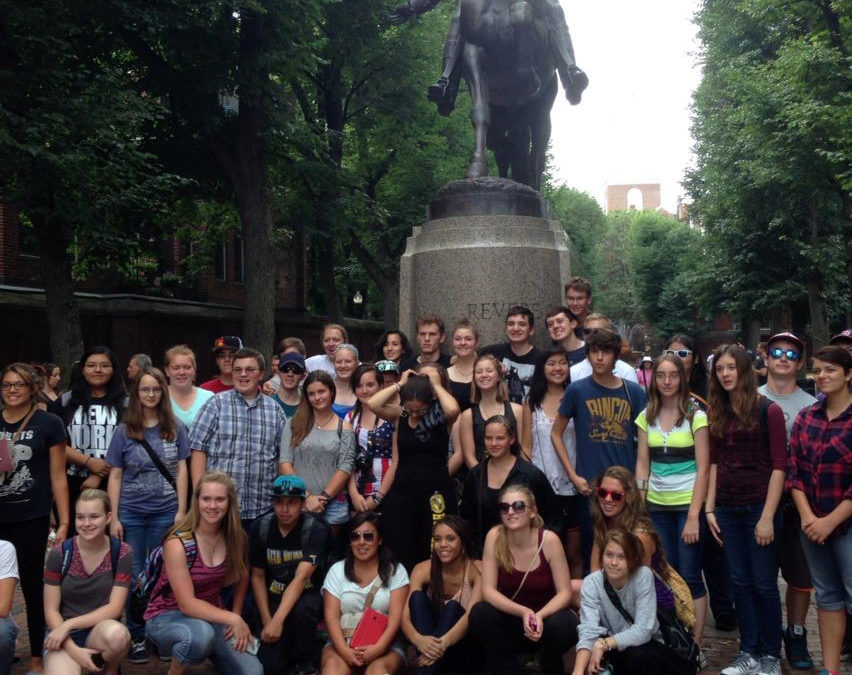 Touring has benefited the members of the Montezuma-Cortez Marching Panthers in unmeasurable ways.  Coming from a very small, and somewhat isolated community in southwest Colorado, students that have traveled with the ensemble have experienced life enhancement opportunities.  Through MCI, the group has traveled and performed at the WWII Memorial Dedication in Washington DC, the 4th of July Parade in Washington DC, and the 4th of July Parade in Bristol RI.  In addition to performing, and more importantly, members of the group have had the opportunity to tour all of DC including Arlington National Cemetery, all of the National Museums along the National Mall, all of the National Memorials along the National Mall, the White House, and the Capital Building.  While at Arlington, the group participated in laying a wreath at the Tomb of the Unknown Soldier.

While visiting Bristol RI, the group extensively toured all of Boston and surrounding areas, including all of the important and notable places of the Revolutionary war.  Members viewed all the places where major battles took place, where military decisions took place, and where the main catalysts for the war happened.  The group toured Salem MA and learned the true story behind the Salem witch hunt, had a true Lobster Bake dinner in Gloucester MA, went to Plymouth MA and learned more about Plymouth Rock and the interaction between the Pilgrims and the Native Americans that inhabited that area at the time, and had a beach day at Sagamore Beach.

When traveling with the group, I try and make the experience more educational than anything else.  Performance is important, but touring with a group is all about education in my opinion.  MCI makes both the performance opportunities, and the educational opportunities exceptional.