Home » In the Footsteps of Martin Luther

IN THE FOOTSTEPS OF MARTIN LUTHER

Martin Luther was a simple monk, who – through his stand of conscience – started an ecclesiastical shock wave that changed the course of Western history.

This great Protestant revolutionary held such a strong belief in his faith that eventually he overthrew the all-powerful Catholic Church and permanently reshaped Medieval Europe.  On October 31, 1517, it is believed Luther nailed to the door of All Saints’ Church in Wittenberg, Germany a series of criticisms of Catholic Church practices called his Ninety-Five Theses. Within several weeks, copies of his critiques spread throughout Germany; and, by early 1518, they had reached the entire continent – sparking what would become the Protestant Reformation. 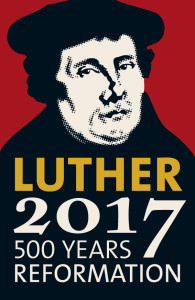 In celebration of 500 years of this occasion, Luther 2017 and Music Celebrations International have partnered to invite you to take part in various events and tours in order to search for traces of the original scenes of the Reformation.  Exhibitions, concerts, church services, festivals, and theatre productions, will highlight the importance of the Reformation and the role Martin Luther played in the places he lived and worked. Itineraries have been designed exclusively for music ensembles to explore and perform at the locations so important in the life and times of Luther. From Worms to Eisenach; Erfurt to Eisleben; Leipzig to Torgau; and Juterborg to Wittenberg; you will see Luther’s homes, churches, and even the sanctuaries he used in his darkest hours to translate the Bible into the vernacular.

In addition to walking in the footsteps of Luther, your ensemble will have the opportunity to honor both past and present musical heritage produced so prominently in Germany. Bach, Beethoven, Brahms, Gluck, Händel, Mendelssohn, Pachelbel, Schumann, Stockhausen, Wagner, and von Weber, are a short and impressive list of German composers who have contributed to the world musical canon. These composers, the culture of their times, and their influences, are part of the overall experience, and are amplified by the incredibly German scenery, art, architecture, and history, for which you will be surrounded.