Marching bands from across the United States are invited to participate in this once-in-a-lifetime experience to march on the beaches of Normandy for enthusiastic crowds lining the streets of these historic towns.

The D-Day 75 Normandy Parade will be a highlight of the musical events commemorating the 75th Anniversary of D-Day June 6, 2019. Marching bands from across the United States are invited to participate in this once-in-a-lifetime experience to march on the beaches of Normandy for enthusiastic crowds lining the streets of these historic towns.

In addition to your experience in Normandy, your ensemble will also have the opportunity to explore and perform in Paris. The French love and support both traditional and contemporary musical performances. Paris was “second Vienna” for French musicians and composers including Berlioz, Auger, Gounod, Saint-Saens, Franck, Faure, Ravel, Debussy, and many others. Your concert tour is truly enriched with your surroundings of art history, architecture, and beauty that is best experienced “first hand.”

The dawn of June 6, 1944 (D-Day) saw one of the largest, most dramatic, invasions in world history. Over 160,000 forces, including 70,000 Americans, landed on 50 miles of Normandy coast. 195,700 Allied naval and merchant navy personnel in over 5,000 ships were also involved. Over 2,000 Americans lost their lives storming the beach head to secure the high ground. More than 8,000 others would be lost in the days and weeks following as the Allied forces secured the surrounding countryside to establish a foot hold on Continental Europe.

No words can describe the overwhelming feelings of joy, the flowing tears of hope and happiness, and the expressions of gratitude, that the French exuded upon their liberation from the Nazi occupation. This momentous and daring event marked the beginning of the end of Adolf Hitler’s reign, and a new day for humankind.

75 years later, we remember and honor all the men and women memorialized at the American Cemetery at Colleville-sur-Mer in Normandy, France. 9,387 graves are located on these hallowed grounds, along with the etched names of 1,557 American soldiers whose bodies were never found. It is to these men and women that we salute, revere, and honor their sacrifice. 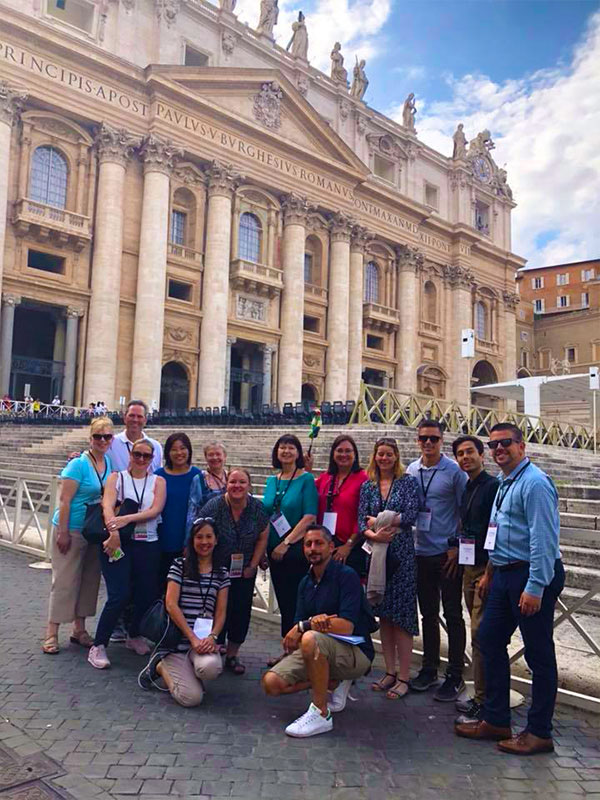