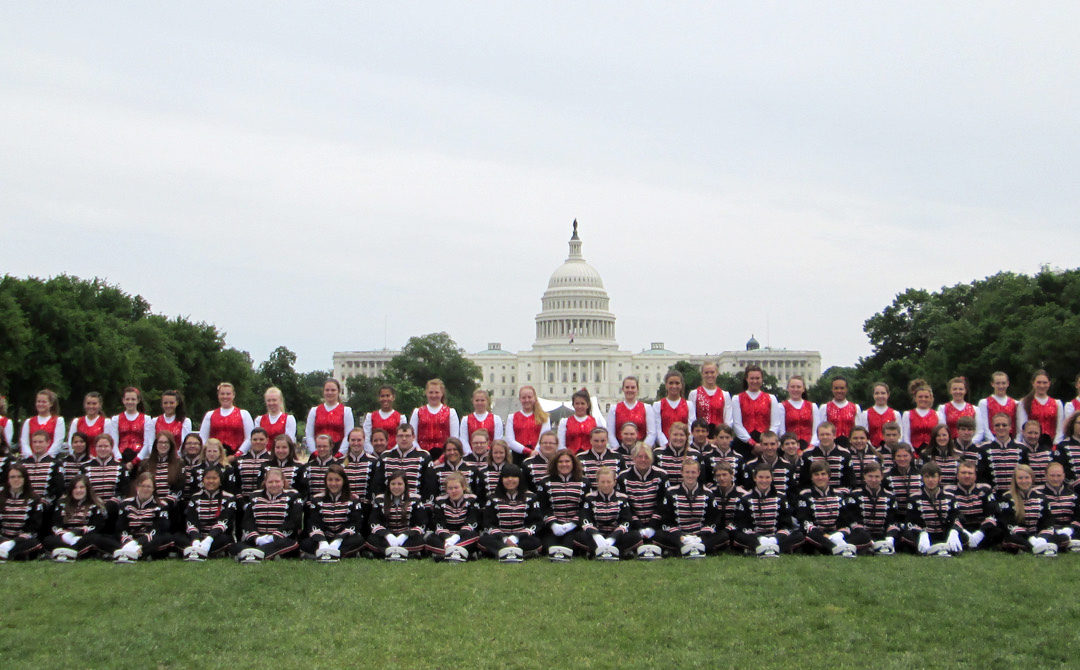 "Pfft.  Please!  I'll be cooking barbecue and heading down to the local fireworks.  Not interested!" When we talk with marching band directors about participation in America's National Independence Day Parade, especially when it means traveling to another part of the country to do so, we hear this kind of response a lot.  Many ask us why they would bother doing such a thing.  After all, what is the July 4 holiday for but to rest and relax!  What better time for a band director to "turn off" and not think about reeds, uniform hemlines, marching drills, and so on? It's hard to argue with that.  But, it's hard to dismiss the remarkable, overwhelming emotional experiences we see, hear about, and witness ourselves, when bands do make the trip out to Washington, DC to march in the parade.

The parade experience was indescribable. I wish I had words for what it felt like to turn the corner onto Constitution and hear and see the roaring crowd for us...It was overwhelming and it sunk in all the hard work and months of planning that got us to that moment and when we turned the corner it was obvious it all was worth it!!

Words cannot describe the feeling of marching down Constitution Avenue on the Fourth of July. Flags are waving, crowds are screaming, bands are playing and everyone is proud to be an American. Surrounded by historical sites, I get chill bumps and tears in my eyes as I proudly watch my students experience the memory of a lifetime.

It was an incredible experience to see all of the spectators cheering on the students as they played their hearts out. After the parade, the band members said that it was the best they had ever performed. Thank you so much for inviting us to perform and experience this incredible parade and event!

As we come up on this year's Independence Day holiday, we'd like to muse on three undeniable reasons for band directors to apply for their groups to march in America's National Independence Day Parade:

Enter your name, email address, and band's name, in the fields below to receive a copy of the parade application, and to learn more about America's most thrilling Independence Day Parade!