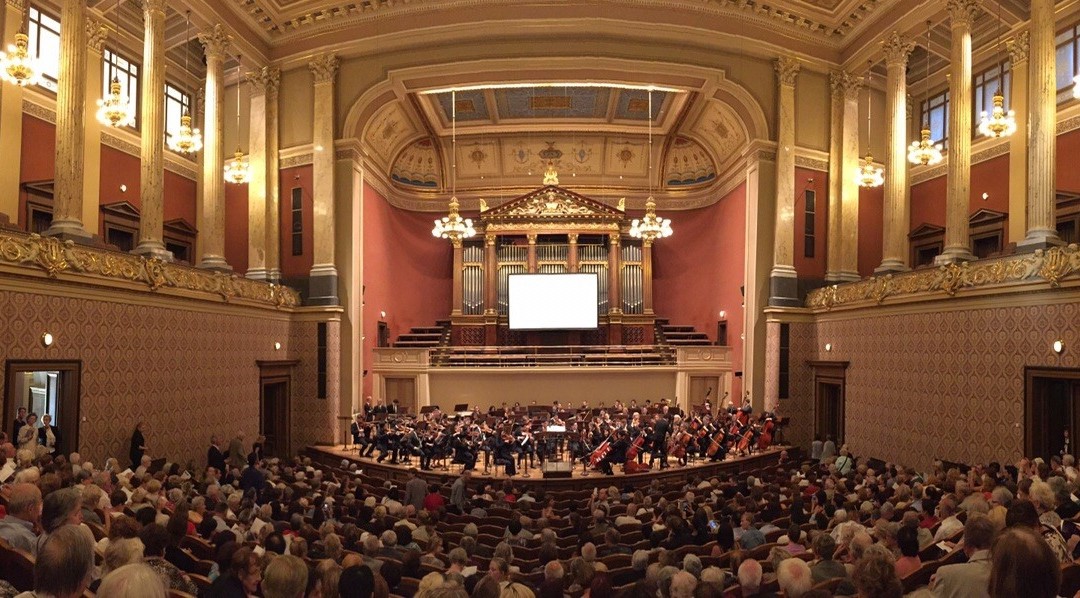 We are honored to have worked with the Los Angeles Youth Orchestra (LAYO) on their 2015 tour to Austria and the Czech Republic. The orchestra, under the direction of renowned conductor, composer, and educator Russell Steinberg, performed for enthusiastic audiences in Eisenstadt, Vienna, and Prague. Their repertoire was widely diverse, and featured music from all over the world from the Classical era to the 21st century.

Here's a terrific video showing an overview of the orchestra's experience: 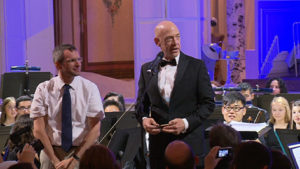 Additionally, the Los Angeles Youth Orchestra brought a special guest with them on their tour. Most recently known for his role in the feature film Whiplash (2014), Academy Award-winning actor J.K. Simmons served as Narrator and Master of Ceremonies for the Vienna and Prague concerts. Simmons, the father of an LAYO percussionist, was excited to join the orchestra and work with these wonderfully talented students on their European tour.

Here is the orchestra's complete program from the tour:

Having contributed several works of his own to the LAYO tour program, Steinberg had something special to say to the audience about the European premiere of his work, Cosmic Dust:

"When I composed Cosmic Dust, I had not known that this year was the 25th anniversary of the Hubble Space Telescope. Yet it was the Hubble Space Telescope that helped inspire the piece. That and a beautiful speech on mortality I heard from Rabbi Harold Schulweis, who suggested that the reason we are so fascinated looking at the night sky is that we sense it holds our origins, that in fact we are the stuff of stars, stardust. Physicists have now confirmed that is a scientific fact. So my piece is as much about our human reaction to the heavens as it is about the beauty of the Hubble images. Cosmic Dust is a 14 minute mini symphony in four parts. The first part, Magic Sky, uses harmonics in the strings to convey the heavens from Earth. In the second part, Shooting Stars, the strings bounce their bows to the energy of comets and meteors. The third part, Interstellar Dust, uses the colors of the orchestra to convey the dimensions and beauty of the nebula that have so captured our imagination in the Hubble Space Telescope images. The final section, Nova, completes the piece in a joyous dancing fanfare. Cosmic Dust was performed this year for the scientists who designed and research the Hubble Space Telescope, and made an official opener of their 25th anniversary celebration."

We were also delighted to hear from Maestro Steinberg in a personal letter reflecting on his tour experience. Congratulations, Los Angeles Youth Orchestra on a wonderful job well done, and we hope to work with you again on a future tour! 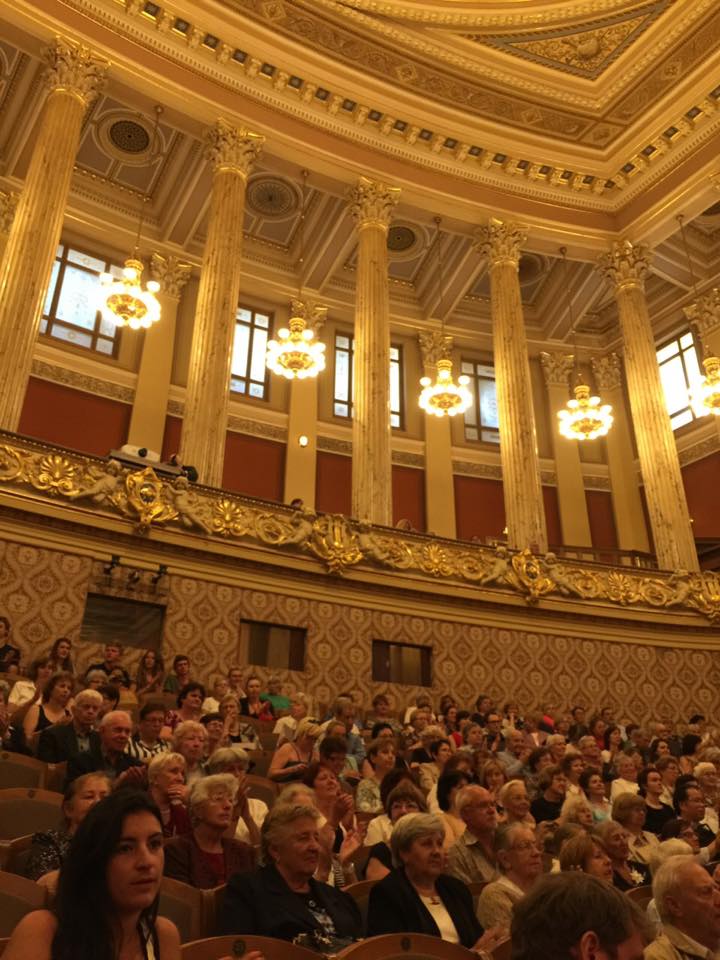 Dear Music Friends, I'm writing you from the Prague airport, still in a haze from our European concerts. Full appreciative crowds and the musical spirit of Vienna and Prague inspired the Los Angeles Youth Orchestra in three performances to full houses at some of the finest concert halls in the world.  The musical spirit in these cities is unmistakable. For me, it is life turned “right-side up”—posters of Mozart, Beethoven, and Haydn line the streets, with no pop “flavors of the year” to be seen. 🙂

We did indeed perform Haydn’s Symphony No. 3 at Haydn Hall in Esterhazy Castle. I knew from photos that the hall was dazzling, especially with its ceiling frescos of Eastern European history. But I was amazed to discover its acoustics exceeded even the legendary Musikverein in Vienna. Haydn apparently had something to do with the sound of the room; we were told he had convinced Prince Esterhazy to remove the beautiful marble floors and replace them with wood. That and the unusual recessing of windows along the sides of the long hall make complex and beautiful reflections ideal for music. When we did the sound check, a film crew was far more excited to interview JK Simmons. Our concert was featured on the local news that day. It goes without saying that JK was a marvelous narrator.

The morning after our Haydn Hall concert, the 75 of us joined with 15 students from a fine Vienna conservatory called the Johann Sebastian Bach Music School. We had just this one 2 hour rehearsal to put everything together! That included my fairly complex Cosmic Dust, the Tchaikovsky 4th, and Verdi, Haydn, Saint-Säens. It took "military-grade strategy" to pull that off! But we did it and played to sold out concert at MuTh Hall, the modern home of the Vienna Boys Choir. This was the European premiere of Cosmic Dust, and the audience was clearly excited to see those incredible Hubble Space Telescope images projected above us as we played. I'm so glad at the time I didn't know about the technicians scrambling to fix the projector that had burned out just ten minutes before we started playing!

Our final concert was at the Rudolfinum in Prague. Again, the most breathtaking architecture and an astonishing acoustic space. The orchestra chords in the opening of the Tchaikovsky rang out for half a minute! It was so fascinating to hear that chord swirling around the hall that I took a lot more time before signaling the next beat!

Los Angeles Youth Orchestra Performance at the Rudolfinum in Prague 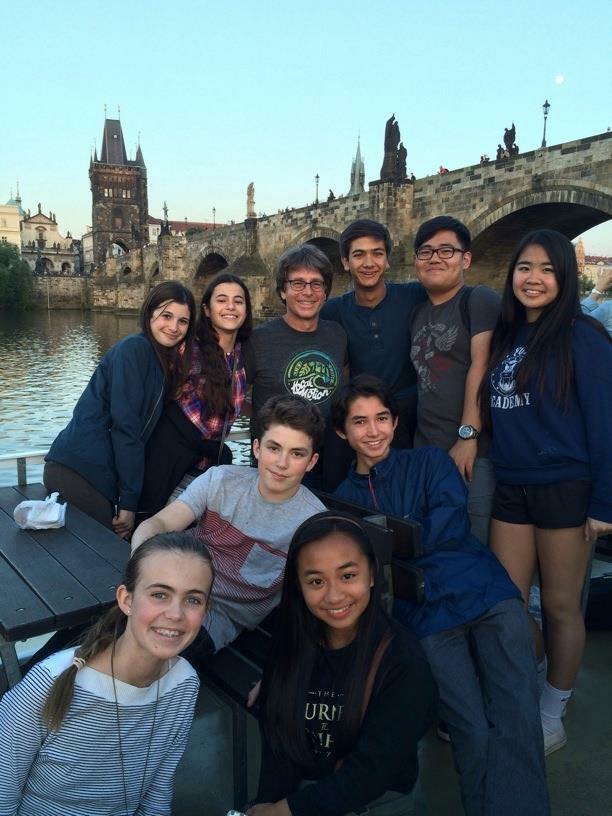 In my next email, I'll talk about what we did when we weren't performing—it was not a typical sightseeing tour. We walked in the home Haydn composed his early quartets, visited the summer home where Beethoven wrote the Heiligenstadt testament, saw the actual original parts to Beethoven's 5th symphony at the Lobkowicz Palace in Prague, etc.! Truly the students of the LA Youth Orchestra were the finest, most mature and intellectually open group I could imagine. The friendships they formed were just as powerful as their experiences, all of which will surely resonate deeply the rest of their lives.