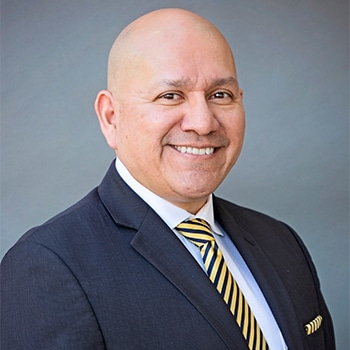 Jon Gomez serves as the Performance Department Manager at MCI after having been actively involved in the music educational profession for over thirty years as an educator, guest conductor, clinician, session presenter, adjudicator, and trusted colleague. He continues to serve the music profession-industry in numerous capacities and is a firm believer in creating positively life-changing experiences through music!

Jon was the Director of Bands and Department Chair for the Performing Arts at Dobson High School in Mesa, Arizona (2000-2016). In prior years, he served as Director of Bands at Coronado High School and as the District Team Leader for Bands in the Scottsdale Unified School District. Through the years, his students earned numerous accolades and have performed at multiple national and international events, including the World Expo in Shanghai, China with MCI (2010), the Music for All National Concert Band Festival (2013, 2007 and 2004), Carnegie Hall (2005), Arizona Music Educators Conference (2002, 2005, 2008, 2010, 2012, 2016), and have toured throughout Europe with MCI (1997).