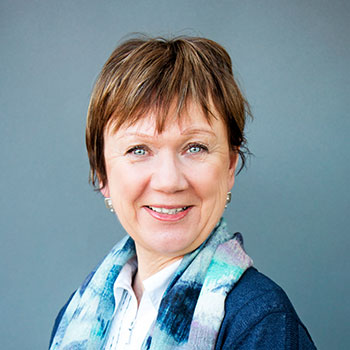 Alison's first taste of music was at the tender age of 4 years when she appeared on stage in a production of the light opera Orpheus in the Underworld by Offenbach. From there, her love affair with music and the theatre ensured a lifetime of involvement in the Arts.  A keen singer and clarinetist, the 1980s saw almost ten years ‘on the road’ in Europe, the Middle East, and Latin American leading to Alison’s second great love affair – travel.

In 1990 Alison was engaged as Concert Manager by a London based tour operator, which offered performance tours to non-professional school, university, and community ensembles from the UK into Europe. She oversaw the expansion from two European destinations to 28 destinations worldwide. During this period Alison sang and toured with a large London chorus gaining valuable experience and insight as a consumer, as well as an operator of what makes a successful performance tour.

In 1998, together with her husband, Geoff, Alison set up her own company producing and promoting concerts throughout Europe for non- professional ensembles and also on behalf of UK based tour operators.

In 2003 her career began with Music Celebrations International when she became the Concert Manager for the UK, Ireland, France, Belgium, The Netherlands, and French-speaking Switzerland. Alison has produced many successful concerts and festivals for MCI choirs, bands, and orchestras.
Major highlights have included:-

Local production of the choral and instrumental festivals held in Paris and Normandy to commemorate the 60th/70th and 75th anniversaries of D-Day.

Since 2014 – coordinating the annual Dublin Choral Festival held at the world-renowned St Patrick’s Cathedral with choirs from across the USA and featuring top-class Irish musicians and soloists.

2018 – Ely Choral Festival held at the fabulous Ely Cathedral, a once in a lifetime memorial concert to commemorate the 100th anniversary of the end of WW1 and featured 300 singers from the USA, France, and Germany. Conducted by Dr. Craig Jessop and the late Sir Stephen Cleobury of Kings College, the concert was attended by Queen Elizabeth’s representative, the Lord Lieutenant of Cambridgeshire.

‘The life long memories MCI gives to performers, both young, and the not so young is the reason why, after 30 years of performance production, my enthusiasm and passion for touring is still as strong as ever.’