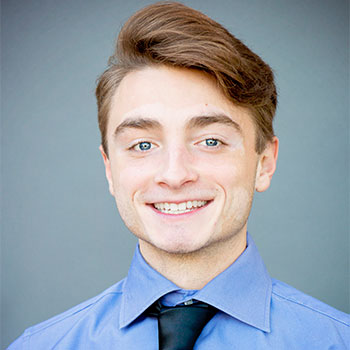 While born in the heart of Downtown Chicago, Aaron spent the majority of his life growing up in Boulder, Colorado. After moving there at age 11, Aaron started learning how to read music through playing the violin. He developed a strong passion for his craft and by the age of 13, he had already been placed in the District Honors Orchestra. Before entering high school, Aaron also became fluent in the piano, guitar, and flute.

Instead of joining the High School Symphony Orchestra, Aaron decided to create/compose his own music. At 14, he started learning various digital audio workstations (DAWs) such as Logic Pro and Ableton. These programs provided Aaron with the tools to make full-length songs, his first of which, was recorded in the back seat of his friend’s Jeep. Now, with over 30 original songs to his name, Aaron has performed on Mill Avenue, has featured/produced for multiple artists, and has even been named one of Tempe’s most promising underground musicians. After graduating from Arizona State in 2017, Aaron jumped right into his marketing position at MCI.

“Traveling with my Honors Orchestra changed my life. Nothing can replace that. It has been nearly 10 years since I traveled and I STILL talk with my middle school orchestra director about it. I can’t thank him enough for what he did. Now that I have the opportunity to do that for others, I could not be any happier.”